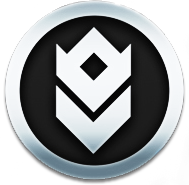 An eclectic team of heroes with the sole purpose of answering destiny’s call to protect, defend and bring balance to the UFF Multiverse.

​ACT I. THE MUTANTS!

Deep in the sewers of NYC, a lean-green-scientific-machine was tinkering with some salvaged alien Krang technology. This latest experiment found him effortlessly navigating through trans- dimensional space and time; the very building blocks of the UFF Multiverse. And like the extraordinary technological devices themselves, the consequences of this experiment would prove more than even Donatello could bargain for.
In a brilliant flash of light, a brown hulking beast suddenly stood towering above the ninja turtle.
On the rooftops, Donatello and Slammu go out on patrol of the city, trying to assess the impact of the space-time altering event.
Tearing through the concrete and asphalt like waves in the sea surface, Donnatello rides Big Slammu dorsal fin through the city to the Gotham City Stadium, were Wrestlemania is being hosted.
Hearing voices, a beast of a silhouette emerges behind them from the locker rooms. The colossal beast speaks: “Stadium’s not quite empty, brother.” Donny and Slammu turn around quickly and are star struck to see their mutual hero standing there in front of them.
Moved by Hulk Hogan’s passion for his inspired fan base, Big Slammu suggests that they take dramatic action.     **the UFF commissioner blushes from the drama**
​Not wanting to debate their childhood hero; an ethical guru in his own right, Slammu and Donny crack open a canister of mutagen and pour it all over Hogan.

Suddenly, Hogan’s 24" pythons start to pulsate... a massive brown wingspan shoots out from behind the behemoth of a man... a fearsome beak erupts out from under his handlebar moustache... his right boot bursts open to expose a talon. Donny and Slammu jolt back in shock. Using his talon to tear his shirt like paper, he authoritatively booms:

​In a stately manor, a red telephone lights up, ringing with an all too familiar tone. An elderly butler answers: “Yes, sir. I will tell him, sir.”
​With that, millionaire Bruce Wayne pulls back a seemingly decorative bust of William Shakespeare to reveal a hidden red button. Pressing it, a bookshelf slide aside, revealing two poles to their subterranean headquarters.

​Now in their secret cave, Batman and Robin leap for the Batmobile.
With that, the Batmobile’s tail pipes erupt into flames as the Dynamic Duo race toward the city at full speed.

​Following a pattern of roof top debris, the Caped Crusader and the Boy Wonder pull up in front of Gotham’s Dick’s Sporting Goods, where a large blue arachnid man was forcing himself in. A man wearing a goalie mask inside was standing in his way.
​With that, the goalie masked man slapped a hockey puck right into the Tick’s teeth. Overhearing the altercation, the Dynamic Duo leap from their Batmobile to keep the peace.
Firm hand shakes and strongly clapped high fives ensue among the Dynamic Duo and their newly deputized agents of the law.

** The UFF Commissioner can sense the weight of this moment, as these unlikely heroes band together for something bigger than themselves**

ACT III. THE GANG'S ALL HERE

​On patrol, these new allies stop beside a seemingly insignificant alley way. A corridor which haunts Batman with painful memories... Crime Alley; the place where his parents were ruthlessly murdered. Only this time, a different breed of stranger emerges from the shadows…
**Batman’s eyes well up.** **The Tick erupts into tears.*
**sobbing** **blowing nose**
**the UFF Commissioner has to adjust his seat. The drama is actually tangible**
​Suddenly, a massive figure from above dive bombs in, issuing a hypersonic leg drop to The Tick through a brick wall. Unwaveringly, The Tick rises to his feat and brushes off the brick dust
**the UFF Commissioner’s spine is tingling with anticipation**

ACT IV. CHOOSE YOUR OWN ADVENTURE

​Under their new crime fighting name Wonderful FC (that’s fantasy club) our eclectic team of heroes answers destiny’s call to protect and defend the UFF Multiverse. Being later joined by Jedi Master Yoda and the White Power Ranger, they set off with the sole purpose of bringing balance to the UFF.

​Will your team be their next adventure?