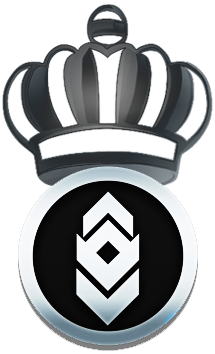 To bring purpose in destruction, to give meaning to death.

LOTR: Ring of Power [ON]

After mercilessly crushing one opponent after another, Mewtwo went back to Giovanni's specially designed battle chamber to find rest.

​With only himself to find answers, Mewtwo solemnly contemplated before the next battle.
In a rage of fury, Mewtwo started to bust out of the containment.
In a glowing storm, Mewtwo's psychic power began to fill up the sky with debris. Quickly sensing the inevitable destruction to come, Giovanni fled the laboratory, barely escaping with his life.

With nothing but a mushroom cloud left of Giovanni's lab, Mewtwo bursted out of the smoke and ashes like a fighter jet, crumpling his chains and battle armour in the process. Landing on an lifeless island in the middle the ocean, Mewtwo rested to contemplate once more.
[PHUT!] For what may have been less than a moment, the multiverse became formless and void, the fabric of time was torn and darkness covered the cosmos. As immediate as it vanished, so it was when it restored. Everything was now as it could be. Unbeknown to Mewtwo, reality had imperceptibly tilted in a way that had stitched worlds together.
Suddenly, an unknown presence never sensed before, yet strangely familiar and alluring to the soul, beckoned Mewtwo:
Looking over his shoulder to see the deep grim whisperer, Two saw no one but wind and only what seemed to be a volcano beyond the ocean mist. Smoke raged out of its mouth like the destruction of the laboratory. Enticed by its familiar grip, Mewtwo sought the voice for power and answers.

After being forged out of the one hundred Control Spires, BlackWarGreymon abandoned his evil creator, Arukenimon, due to her inferior power and meaningless orders. As a dark clone of WarGreymon, BlackWarGreymon was ultimately left confused about his purpose in life: was he just meant to bring destruction or was there something more to his creation?

As a relentless rogue, he searched the Digital World for meaning, identity and the ultimate answers for his existence, willing to destroy anything and anyone in his path to accomplish his true destiny. From a herd of Mammothmon to a single flower, no stone was left unturned, no life form was too small.

At the turning point of his quest, he meets with Agumon, a member of the DigiDestined, who then attempts to convert him to the side of light through friendship. However, BlackWarGreymon continued to press Agumon on every existential issue, looking for the ultimate truth that underpins life.
[PHUT!] Suddenly, BlackWarGreymon is gripped to his core by a harsh smooth whisper:
He looks to toward the source of the voice and is surprised to see a raging volcano at the edge of the horizon.
Lured by that familiar voice, BlackWarGreymon ceases to destroy Agumon and bursts to the volcano in search of answers and his purpose in life. Unbeknown to him, the moment he looks back, the gateway to the Digital World will be closed.

As Mewtwo soars to the volcano, he hovers over what looks like an electrical storm with a wild blue wolf at the heart of it, trapped inside a net. Mewtwo, in a position of power, calms down the winds and glides closer.
As Two closes in, he finds it more difficult to recognize the wolf's typing and breed. A flurry of questions consume Two.
As Tiger faints, Mewtwo begins to realize that this monster is not a Pokémon after all. When Two looks up to see where Tiger fell from, he gazes at the edge of a canyon fading beyond the clouds. He turns back to see Cinnabar Island, but it too is fading out of visibility. Two looks back down at Tiger. With a peculiar sense of justice for his cause against humans and Pokémon alike, Two claims the opportunity as destiny and uses his telepathy to free Tiger from the net and then carries him onward.

When Tiger awakens in the middle of the night, he realizes that Mewtwo had saved him.
At the bottom of the volcano, flames from the lava blaze around them.

As Tiger stands up, casting a shadow on the cliff behind, he hesitates. He would normally go his own way but, without his pack, in an unknown world, he realizes that the wind 3has brought him to this place and that leaving now would be to go against fate. His heart turns around, and decides to form a new pack, beginning with Mewtwo.

As swiftly as the night sky covers the sun's light, a metallic winged beast glides down before them:

Mewtwo and Tiger follow Thailog to the the Dark Tower, Barad-dûr. Thailog, a clone of the mighty gargoyle Goliath, is now the mouth piece of Sauron, The Dark Lord. Here, Thailog introduces Mewtwo, and by consequence Tiger, to BlackWarGreymon.
Unbeknown to each monster, both Tiger and BlackWarGreymon herald from a different realm of the Digital World; their paths did not cross without cause.

​Thailog begins to explain their reason for being summoned:
Tiger's hair perks up, disconcerted he pulls back slightly.
Tiger steps forward.
Tiger looks directly into the Eye fo Sauron.
Tiger, now pregnant with hate, sets aside his reluctance; his loyalty to Mewtwo and his abhor for humans outweighs his conscience. Each monster looks directly into the Eye of Sauron, and their hatred, thirst for power and desire for an ultimate purpose overwhelms their will.

An unknown dark substance begins to cloak Thailog.
Seduced by cunning charm of The Dark Lord moving through Thailog, Tiger, Mewtwo and BlackWarGreymon set their sights on their new purpose – their reason for being. Together, they form the Horseman of the Apocalypse.