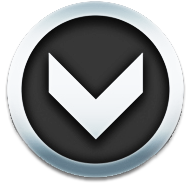 When things go bump in the night, we are the ones who bump back.

HUNTERS OF THE SECRET WORLD [RETCONNED]

Dean draws a gun from the trunk of his car and points it in the direction of the sound. “Who’s there? Show yourself!”
​From the shadows walks out the Vampire hunter Blade. “They call me Blade.
From down one of the narrow streets of Latveria a series of loud moans grow louder as a horde of zombies round the corner approaching the three men.
Before the men can open fire on the incoming horde, a glowing sigil appears on the ground around the Zombies, causing them to stop dead in their tracks. From the shadows of another alley a dim light glows from the inhale of a lit cigarette. The trench coat wearing man emerges from the darkness and with a slight wave of his hand the zombies fall to the ground lifeless.
Before the coated man can answer Dean interrupts. “Wait! You don’t know who this is? This is the most badass character ever made. A Sting looking ex-punk band singer turned occult hunter. This is John Constantine!”
Unaffected by the conversation John explains. “I’ve was travelling the paths between my reality and the afterlife and noticed an infinite amount of paths, that weren’t there before, connecting and colliding with each other. Allowing beings from other realities to connect with each other.”
A loud crash happens nearby. The four men stealthily approach to see an Iron faced man in a green cape. “Doom.” mumbled Blade under his breath. Floating in the air beside a Vampire of grandeur stature, with a face seeming to change every other moment, holding a black leather book. One of the faces stays on a face recognized by Blade. “Dracula!” Blade had to hold back from shouting the name. The two float in the air occasionally throwing spells and energy blasts at a pale skinned man with red tattoos locked in battle with a large being in blue armour.
The fight is close but as when the pale man starts getting the upper hand over the armoured foe he is struck down by spells and energy blasts.
Doom speaks up and says “ Ares! It’s time to go, we have work to do.”
Dracula opens the book to cast a spell while Ares stars raising his hands. From the ground zombies rise and make there way toward the pale man. Doom, Dracula, and Ares fly away to Doom’s castle. Constantine once again waves a hand and the undead return to rest.
The four men approach the pale man who is now screaming in rage of at the escape of Ares, his rage appears to heal the wounds suffered from the fight until it’s almost as if he had not just fought a god.
After the man calms down the group find out he is the Greek god of war Kratos. Kratos is confused how there can be another Ares. Constantine explains about the other realities and explains that Ares is the one from his reality.
Constantine inhales the last bit of his cigarette and throws the butt away. “Since the realities have come together, there is one book of spells I’ve been searching for to keep out of the hands of the lords of hell. The Necronomicon. It seems that Doom, Dracula and Ares have found the book first, if we don’t hurry they could summon ancient gods more evil and powerful than anything you could imagine.”
​
"Well, looks like we have some work to do." Sam says while looking upon his new friends and team.

As Constantine finishes the last puff of his cigarette he says with an exhale of smoke. “We aren't alone.”

A short distance away are 4 men, awaiting an obvious interaction with the newly formed team. “Let’s not be to rash here, we don’t know if they work for our enemies. Here.” With a wave of his hand and saying a few words in a language none other than Constantine knew. “I’ve cast an illusion spell you can move freely and the enemy will still believe you’re here.”

In a blink of an eye everything went back a few moments ago Kratos is back on the ground with the group.

“Woah! What just happened?” Sam questions. “I’m unsure.” Constantine responds. “If I had to guess I would say that Doom and Ares may be trying to alter reality, I am also willing to guess that group we just saw were sent by Doom and Ares to stop us. If I could get the Necronomicon from them then I could, in theory, restore us to our proper realities. Being rash may be not only stupid, but extremely dangerous. We will have to work together and deal with Doom and Ares’ lackeys, who knows where and when they will appear. If we can weaken them by removing their allies, it’ll be easier to get our hands on the book.”

“Wait. Where is Blade?” Dean asks.

“He couldn’t have gone to far, let's look for him.” Sam answers.

“We don’t have time to keep looking for him!” Kratos exclames.

“You’re right. We have to go on without him.” Constantine continues

“HHHYYYYAAAAAA! Eat it corpse face!” A voice shouts from around a corner.

The four men approach the sound of battle to find a teenager no older than 17 fighting a group of zombies, before anyone on the team could interfere the teenager had taken care of them all. The boy turns around noticing the group saying “Hey there! My name is Finn. Do you know what’s going on, I only ask because you guys are humans, I don’t see to many humans. Also you haven't seen my brother Jake have you?”
“No we haven’t seen him I’m sorry.” Sam says. “We were looking for someone too.”

“Well maybe we can help each other, I’ll help you find your friend if you help me find my brother.” Says Finn excitedly.
​
“We aren't here to babysit. However, you know your way around a sword extremely well. You may be useful. Come along if you must but know that I won’t sacrifice the success of our mission to save you.” Constantine says.

“MATHEMATICAL!” Finn shouts!
​TO BE CONTINUED...